About the Poet
Anne Tyler is an American novelist, short story writer, and literary critic. She has published 22 novels. Her eleventh novel, Breathing Lessons, was awarded the Pulitzer Prize in 1988. 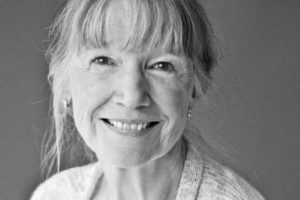 The Accidental Tourist is a humorous story in which the author reflects humorously his experiences as a traveller. It is a common opinion among the people that the world today is a small place because travel has become easy, but at the same time it also a fact that not everybody finds it easy to travel.

The Accidental Tourist Summary of the Lesson

Here the author describes his lack of skill while travelling. He finds himself unable to manage things properly and wonders how other people do them without difficulty. A number of times he fails to find the washroom in a cinema-hall and ends up standing in an alley of the self-locking door. He also easily forgets the number of his room in a hotel. He feels that living in the real world is perhaps the most difficult thing.

Once the author went to England with family on a big trip at Easter. When they arrived at Logan Airport in Boston and were checking in, he suddenly remembered that he had put the British Airways’ frequent flyer pro¬. gramme in the carry-on bag that was hanging around his neck.

But the zip of the bag was jammed. So he used his force to open it. In the process the zip gave way and everything within such as newspaper cuttings and other loose papers, a tin of pipe tobacco, etc. came out and spread over a large area. The author also discovered that his finger had been badly injured as it got stuck in the zip. He was horrified to see the finger bleeding profusely.

Unexpected troubles kept happening in the author’s life particularly when he was travelling. Once on an aeroplane, while he was leaning over to tie his shoelace, someone in the seat ahead of him threw his seat back into full recline and pinned him in a crash position.

Freed himself with great difficulty. On another occasion, he spilt soft drink on a co-passenger who happened to be a lady. The flight attendant cleaned her up and brought the author another drink, but he did the same mistake once again. The lady was repeatedly drenched and so annoyed.

But his worst experience was when on a plane flight he was writing something in a notebook, sucking on the end of his pen, and fell into conversation with a lady. After twenty minutes when he went to the washroom, he discovered that the pen had leaked and coloured his teeth, tongue, gums and chin with navy blue ink.

The author wanted to be well mannered but he was never successful in his mission. He would fall into embarrassing situation every now and then. His wife was well aware of her husband’s nature and therefore whenever the food was delivered on planes, she would instruct her children to take the lid off the food for Daddy just to avoid the possibility of any unpleasant happening.

The author makes it clear that such things happened only when he was flying with his family. When he was travelling alone, things were all right because he did not eat, drink or lean over to tie his shoelaces. He sat quietly, sometimes on his hands to keep them from doing mistakes.

He was also careless about updating his frequent flyer card. Usually he failed to find his card in time. On other occasion he forgot to ask for the air miles. Sometimes the airline did not record them and informed him that he was not entitled to them.