In the Kingdom of Fools Summary Analysis and Explanation

About the Poet A. K. Ramanujan
Attipate Krishnaswami Ramanujan popularly known as A. K. Ramanujan was an Indian poet and scholar of Indian literature who wrote in both English and Kannada. His works of scholarship include The Interior Landscape: Love Poems from a Classical Tamil Anthology (1967). Ramanujan was a poet, scholar, professor, a philologist, folklorist, translator, and playwright. 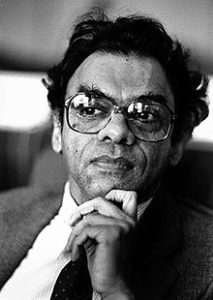 Very Short Summary Of In The Kingdom Of Fools in English

In the Kingdom of Fools Introduction
The above story is a Kannada folktale taken from A. K. Ramanujan’s ‘Folk Tales from India’. The story is all about a kingdom of fools. This kingdom is ruled by a foolish king and his foolish ministers. Once they ordered that night should be considered as day and vice versa.

One day, a guru and his disciple visit this kingdom and are surprised to find the entire kingdom asleep during the day. The guru immediately leaves the kingdom with his disciple as he feels danger in staying in such a kingdom.

In the Kingdom of Fools Summary of the Lesson

There was a kingdom of fools. In this kingdom both the king and the minister were idiots. They reversed everything and denied justice to their people. They changed day into night and night into day. They ordered their people to sleep during day and work only after dark. Anyone who disobeyed this order would be put to death. The people did accordingly.

One day, two men, a guru and his disciple visited the kingdom and found everything reverse. They were surprised to see people sleep in the broad daylight. And when darkness spread, everyone became active.

Their surprise doubled when they went to the market and found that everything cost the same, a single judge. The guru and his disciples were happy because the system allowed them to buy all the food they wanted for a rupee.

The guru was a wise person. He told his disciples that it would not be safe for them to stay in the kingdom of fools. But the disciple was not ready to leave the place because good and cheap food was available there. So, the guru left the kingdom and the disciple stayed on. Being a great foodie, he ate his fill every day and became fat in a few days.

One day, a thief broke into a rich merchant’s house by making a big hole in the wall. But as he was going out with the stolen things, the wall of the old house collapsed on his head and killed him on the spot. The brother of the thief came running to the king and pleaded him to punish the merchant for not building a good and strong wall. The merchant was brought before the king.

The king heard the case and found him (merchant) guilty of the thief s spot death. But the merchant put the blame on the bricklayer who had built the wall. The bricklayer pleaded the king to punish the dancing girl who distracted his attention by going up and down that street all day with her anklets jingling. The dancing girl, now an old woman was brought to the court. She put the blame on the goldsmith.

She told the king that she had given some gold to the goldsmith to make some jewelry for her. But he delayed the work and made her walk up and down to his house several times. The goldsmith was produced before the king. After hearing the accusation against him, he said that he had to attend to a rich merchant’s orders first as there was a wedding ceremony in his family.

It was, therefore, he made the dancing girl come to his door many times. The king asked the name of the merchant. He was none other than the merchant whose wall had fallen. The merchant blamed his father who had ordered the jewelry. But the father was no more in this world, so it was decided to punish the merchant in his place. A new stake was ordered to be ready for the execution.

But the merchant was too thin to fit the stake. So, a fat man was searched for. The servant’s eyes fell on the disciple who had flattened himself for months on bananas and rice and wheat and ghee. He pleaded the king that he was innocent but of no use. While he was waiting for death, he remembered his guru who saw everything in his vision. He was blessed with magic powers.

He arrived at once to save his disciple. He whispered something in his disciple’s ears. Then he requested the king to put him to the stake first. When the disciple heard this, he said that he was brought there first, so he should be put to death first.

The king was surprised to see the fight between the guru and his disciple over the issue of who should be executed first. When the king asked them the reason, the guru hesitatingly told him that whoever died on the stake first, would be reborn as the king of that country.

The one who died next would be the minister of that country. The king was puzzled. He did not want to lose the kingdom to someone else in the next life. So, he discussed the matter with his minister and finally they arrived at the conclusion that they should go on the stake to be reborn as king and minister. So, they went secretly to the prison and freed the guru and his disciple.

Then they disguised themselves as the two and got themselves executed. The people now made the guru and his disciples their king and minister respectively and began to lead a normal life.