A House is not a Home Summary, Explanation

About the Poet
Polly Adler (1900 – 1962) was born in Yanow on the Russian/Polish border in 1900, immigrated to New York City in 1912. She was an American madam and author of Russian-Jewish origin, best known for her work A House Is Not a Home, which was posthumously adapted into a film of the same name. 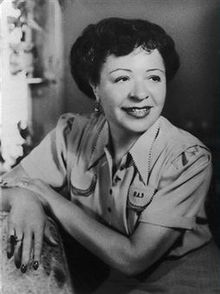 A House is not a Home Introduction

The present story reflects the challenges of being a teenager and the problems of growing up in a completely new environment. The author, Zan Gaudioso narrates the real incident which took place in his own life when he was a teenager. He found it difficult to adjust in the new school and start afresh there. He missed his old friends, teachers and of course the school which he had to leave.

A House is not a Home Summary of the Lesson

In this story, Zan Gaudioso narrates his own story when he used to be a teenager. He joins a new high school and finds it difficult to adjust to the new place and make new friends. So, he feels lonely and isolated. He misses his old friends, teachers and of course the old school where he was leading a very comfortable student life.

One Sunday afternoon, while his mother is stoking the fire to keep the house warm and comfortable, he suddenly notices smoke pouring in through the seams of the ceiling. Soon the smoke fills the room and flames begin to engulf the roof. Panic-stricken, the author and his mother make their way outside in great haste.

The author runs to the neighbor to call the fire brigade, while his mother rushes into the burning house to collect important documents and some photos of his late father. The author is terrorized to see his mother taking such a big risk and screams at her.

In the meantime, the fire brigade arrives and his mother is saved. Suddenly he realises that his pet cat is missing. He has seen her nowhere. He falls into deep depression.

The fire fighters take five hours to put out the fire completely. The author’s house is almost completely burned down. So, he goes to his grandparents’ house with his mother. Next day, when he goes to school wearing the previous day’s dress and borrowed shoes, he feels embarrassed. He is very sad and feels insecure. His old school, his friends, his house and his cat—all have gone away.

After school that day, he comes to the place where his house once stood and is shocked to see the damage. Whatever hadn’t burned was destroyed by water and chemicals the fire fighters used to put out the fire. He has lost everything except the photo albums, documents and some other personal items. And the loss of his pet cat makes him so uneasy.

The news of the fire spreads quickly in the author’s new school. Everyone including the teachers is deeply grieved and comes to his help with books, clothes and school supplies. The author’s heart moves from within to see all this. He is overcome by emotion. People who had never spoken to him before are coming up to him with some kind of help. In the process he is able to make friends and so is happy and relieved.

A month later, the author is watching his house being rebuilt with his friends. Suddenly, a woman comes to him with his cat. His joy knows no bounds. He leaps up and grabs his pet out of the woman’s arms.

He holds her close to him and cries in happiness. His friends also hug the cat and jump around. It is a great day for the author. The feeling of loss and tragedy vanish at once. He feels grateful for his life, his friends and the kindness of the woman who brings his cat and his happiness back to him.