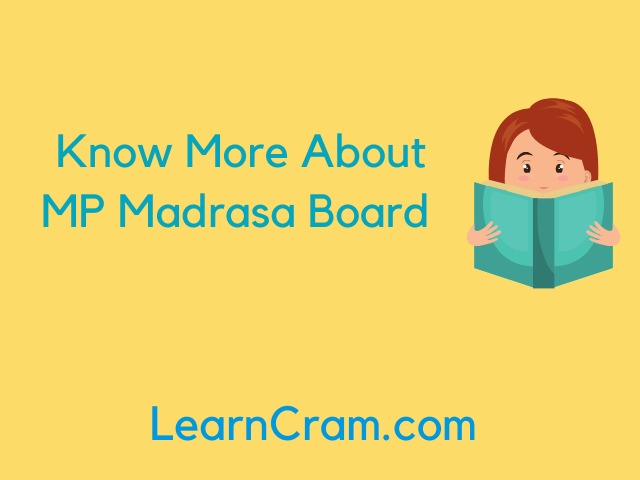 MP Madarsa Board: The Madhya Pradesh Madarsa Board was established by the Madhya Pradesh State, Department of School Education to efficiently enforce the centrally funded Madarsa modernization scheme under the advancement of madrasa education and educationally deprived minority education across the state. The Madarsa Board’s main objective is to link conventional madrasas in the mainstream of modern education with Dini Talim as well as their learners. Under the Madarsa Modernization Program, linking Madarsas with government schemes, from time to time monitoring and guiding the state government was launched.

The MP Madarsa Board has the exam design in which the board conducts exams once a year. The students must also know that the exams in the Madarsa Board are carried out with the help of the MP Open School. All the details related to the MP Madarsa board 2019 can be found in this article.

Here we are providing information about MP Madarsa Board Time Table, Admit Card of Class 10th and Class 12th. Students can check the following links to know more

About MP Madarsa Board

Madarsa’s education is very popular among Indian Muslims. Hundreds of thousands of Muslim children were pursuing their primary education in these Madarsas, and perhaps the only formal education. As a result, they’re quite backward in science education. A group of scholars believed that Madarsa schooling was responsible for the poor socio-economic conditions of Indian Muslims. Because of the lack of modern schooling, the Madrasa educated individuals are unable to raise their own material wealth or provide proper leadership for their Muslim community.

The Indian government’s HR ministry recently declared that a Central Madarsa Board would be formed to improve this situation. This will improve the Indian madaris education system. While the madaris mainly provide Quranic education, efforts are underway to include math, computers, and science in the curriculum.