The Yellow Wallpaper Summary Analysis and Explanation in English

About the Author charlotte Perkins Gilman 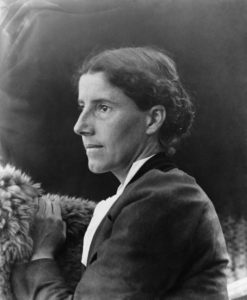 Summary of The Yellow Wallpaper in English

The Yellow Wallpaper is a short story or a novella written by Charlotte Perkins Gilman. The short story starts with the narrator of the tale gushing over a beautiful house and the grounds surrounding. It’s a house that she and her husband are going to stay for the summer.

Her way of describing the large and grand house is different from how you would otherwise describe a home. The first way in which she describes the house is in a very romantic way as she is pleased with the vast choice of residence. The other way that she represents the house is that maybe it’s a haunted house. One question that she continually keeps wondering about is, “How are they able to afford the house?”.

She wonders how they were able to afford the house and why there wasn’t anyone living in the house earlier? As she is pondering, she starts thinking about her sickness, and she is suffering from “Nervous depression” and her marriage. Her husband, John, is treating her for her disease.

She starts complaining about how her husband doesn’t respect her thoughts, opinions, and her sickness. She and her husband have different sets of reflections while she has imaginative and sensitive. John is rational and practical. For her to get well from her condition, she needs to refrain from doing any activities, especially working and writing. However, the narrator feels the opposite and believes that doing things will improve her condition. She starts keeping a “secret journal” where she starts writing about the house and the various elements in the house.

One of the things that disturb her is the yellow wallpaper in her room. She has a weird feeling about the wallpaper as it is old and strange. She describes the wallpaper as a revolting item. While she is writing, she gets interrupted by John, so she stops writing.

The narrator keeps doing this for a while, and with her journals, she hides her thoughts from John. She keeps desiring for the company and chances to do more activities. Then, she starts complaining about the way John has control over her life and the restrictions that he has put on her life. She starts talking about the wallpaper again and starts describing it differently.

In the beginning, she got a weird and revolting feeling from it, but now she finds it intimidating. She starts talking about how John has started thinking that she is fixated on the wallpaper. He refused to change the wallpaper because it may impact her nervous depression. However, the narrator begins thinking about the wallpaper more and more. She starts imagining more and more things as the summer days pass. While thinking about the wallpaper, she starts imagining or picturing people walking around the house. It’s precisely the kind of things that John doesn’t want her to do and keep discouraging her from this kind of activity.

Among the things that the narrator thinks and imagines, she starts thinking about her childhood. When she was a child, the narrator used to believe something that used to result in her having night terrors. She comes back to the wallpaper in the bedroom. While she starts thinking about, she realizes that it must have been a nursery for children. She decides this because the furniture in the room is fixated and heavy. The apartment has scratches and other things that point out that it was a nursery.

As she starts seeing the sub-design of the wallpaper and writing about it, she gets disturbed again. This time, she is not worried about John. Instead, it’s his sister, Jennie, who is living with them. Jennie is the housekeeper while they are staying there, and she’s also the narrator’s nurse.

The narrator records that for the Fourth of July, her family visited them at their beautiful house. Their visit has felt her more tired than she already was before their appointment. This makes John threaten her about sending her off to Gilman, the physician under whom she had a nervous breakdown. The narrator starts talking about how she is alone at home almost all the time, and the only thing that interests her is the wallpaper.

Her obsession keeps growing as the sub-design of the wallpaper of her bedroom keeps becoming clear. She describes it as “a woman who is stopping down and creeping”. This is the sub-pattern of the wallpaper, and the main design is like a cage. As her obsession is growing, she keeps trying to ask John about when they would leave the house. He keeps silencing her, and this makes her stop. With every time he silences her, her fascination and obsession with the wallpaper keep growing.

John thinks that the narrator is healing because she is a serine mood around them. However, the opposite is happening with the narrator because she starts sleeping less and less. The narrator begins imaging that can smell the paper everywhere around the house. Soon she sees a smudge mark on the wallpaper, which makes her assume that someone has rubbed it while crawling against the wallpaper. The sub-wallpaper looks like a woman trying to free herself of the main wallpaper.

The narrator starts imagining the woman trying to get out of the cage and she is free in the day. She mentions how she too sometimes creeps around the house. The narrator feels like John and Jennie know about her obsession. As soon as she starts feeling this, she decides that she is going to remove the wallpaper. She starts peeling off the wallpaper in the nights. Finally, as she is removing the wallpaper, she feels alone and also likes the woman finally got freedom who seesaw struggle in the pattern.

At the end of the story, the narrator starts going insane, and she starts imagining more women creeping around her. She feels like she was the woman in the wallpaper and starts feeling trapped. It this feeling that makes her creep around the room endlessly, and she keeps smudging the wallpaper. In the end, John has to break into the room, and the sight in front of him makes him faint. Therefore, the narrator has to creep around him every time.