The Bond of Love Summary Analysis and Explanation

About the Poet Kenneth Anderson
Kenneth Anderson (1910-1974). He was a hunter, nature enthusiast and chronicler of wildlife. He was a British writer and hunter who wrote many books about his adventures in the jungles of South India. The Bond of Love is the story by Kenneth Anderson which shows the love of a human with a sloth bear whom she called ‘Bruno’. Bruno was a sloth bear rescued by the author. 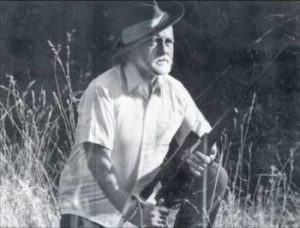 The Bond of Love Introduction

‘The Bond of Love’ is a story by Kenneth Anderson which shows a strong attachment between a human being and a sloth bear that becomes a pet. The animal is rescued by the author and is named ‘Bruno’.

Bruno gets attached with the author’s wife and soon they develop a great bond of love and affection. But a time comes when it becomes necessary to shift the animal to a zoo. However, he does not live there for a long time and is brought back.

The Bond of Love Summary of the Lesson

While passing through the sugarcane fields near Mysore, the author came across an orphaned baby bear. He caught the little creature and presented it to his wife. The author’s wife expressed her delight on getting the baby bear.

She at once put a colored ribbon around its neck and named it ‘Bruno’. As time passed, Bruno got attached to the author’s wife. She gave him a variety of things to eat and drink such as porridge, vegetables, nuts, meat, rice, tea, coffee, lime-juice, etc. Bruno grew mischievous with the passage of time. One day, he ate some poison-barium carbonate.

He also vomited and breathed heavily, but was later cured. In another incident, he drank nearly a gallon of old engine oil. Fortunately, he remained unaffected. He also terrorized the tenants’ children very often. So, it was decided to keep him in-chain most of the time.

As time passed, Bruno grew big. He had equaled the Alsatians in height and even outgrown them. So, the author and his friends advised his (author’s) wife to send Bruno to the zoo at Mysore. It was getting too big to be kept at home.

It took time to the author’s wife to give her consent. But finally, she agreed and Bruno was sent to the zoo. The separation was very painful. Everyone in the house particularly the author’s wife missed him greatly. She was so grief-stricken that she refused to eat food. Same was the condition of Bruno. He also did not eat food and grew thin and sad.

One day the author’s wife expressed her wish to visit the zoo to meet Bruno. The author, thinking that he must have forgotten her, took her to the zoo, but after reaching there she came to know that he still remembered her.

They sat together for three hours. She gave him tea, lemonade, cakes and ice-cream. When the ‘closing time’ came, she cried bitterly. She requested the superintendent of the zoo to bring Bruno back home.

The superintendent allowed her and made special arrangement for transporting him to their home. At home a separate island was made for Bruno. It was twenty feet long and fifteen feet wide and was surrounded by a dry pit, or moat, six feet wide and seven feet deep.

A wooden box was kept on the island for Bruno to sleep. Bruno was happy and so was the author’s wife. They spent hours together. Such was the bond of love between a human being and an animal.