If I Were You Summary, Explanation 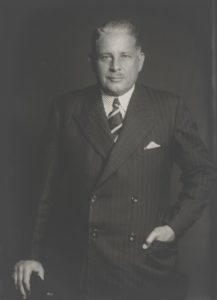 If I Were You Introduction

‘If I Were You’ is a one-act play by Douglas James. It is the story of an Intruder who enters the cottage of Gerrard, a playwright with an intention to murder him and take on his identity because he looks like him. Gerrard, however, gets rid of him by handing him over to the police.

If I Were You Summary of the Lesson

This one-act play by Douglas James is a dialogue between Gerrard, the playwright, and an Intruder who is a criminal. Gerrard lives a lonely life in a small cottage. One day, while he was talking over the telephone, an Intruder enters his cottage with a revolver.

He resembles Gerrard and so intends to kill him to take on his identity and live as Gerrard for the rest of his life. He bumps accidentally against the table, and at the sound, Gerrard turns quickly. But he does not get panicked, instead, he maintains calm and gently asks the Intruder his name.

The Intruder, however, ignores Gerrard’s question and shows much interest in knowing his full name. He asks many questions to Gerrard. Gerrard answers his questions very wisely.

Moreover, he also understands the Intruder’s ill motives. He makes a false story to save himself and capture the Intruder. He tells him that he is also a murderer and the police are after him. In case, he kills Gerrard he is sure to be hanged.

Gerrard explains that unfortunately one of his men has been caught and he is expecting trouble that night. He then makes the Intruder understand that it is good for him if he runs away with him in his car to a safe place.

He also tells him that if it is a frame, he can shoot him in the car. Gerrard tells all these things so confidently that the Intruder has to trust his words. He is ready to accompany him. But when he is about to cross the door, Gerrard gives him a push.

The revolver falls on the ground as the Intruder steps into the cupboard. Gerrard then quickly slams its door and picks up the revolver. Thereafter, he telephones the police for his arrest. In this way, he saves his life by a clever trick.