About the Poet
Carl August Sandburg (1878-1967) was an American poet, writer and editor. He won three Pulitzer Prizes- two for his poetry and one for his biography of Abraham Lincoln. He wrote poems like grass, analysis, Chicago, etc. 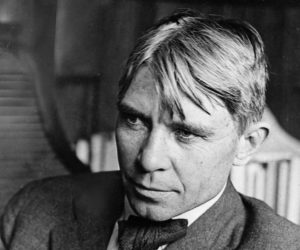 Fog Summary of the Lesson

Cat is an animal who is able to creep towards its destination without warning. Fog often arrives quickly and covers the whole city.

In the second stanza, the poet further develops the comparison between cat and fog. The fog has arrived above the city where it sits looking over the harbour, as a cat does when it arrives at its destination. Cats have a habit to’look over their surroundings from elevated spots.

The preserve of a cat and fog are temporary. Cats, like fog, are always ready to move on.