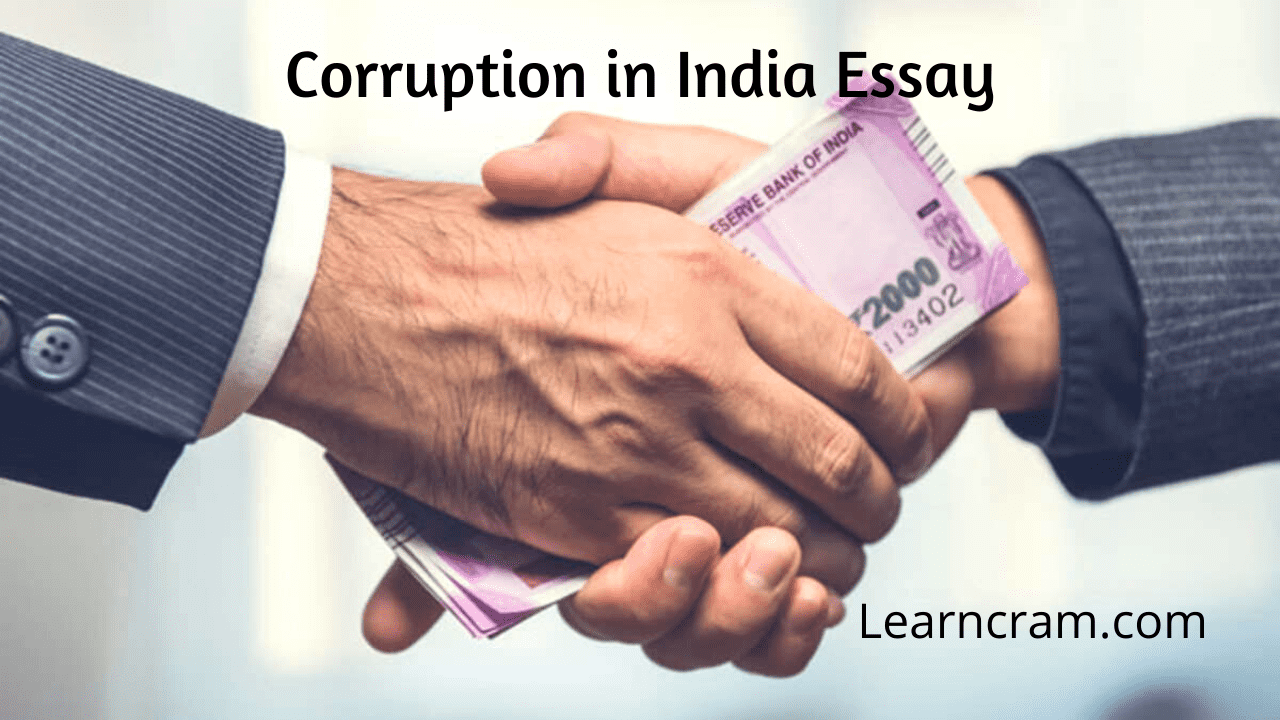 Corruption in India Essay: Never in the history of India was a time, when the forbidden fruit was more alluring and never was lust of money and power all pervading.

How has this happened in a country which has been proud of its holy scriptures, the sages and great thinkers and reformers like Adi Sankaracharya. Ram Krishna Paramhans, Swami Vivekanand, Mahatma Gandhi and many others. The moral values that were learnt from them and followed by us, are seen no more. 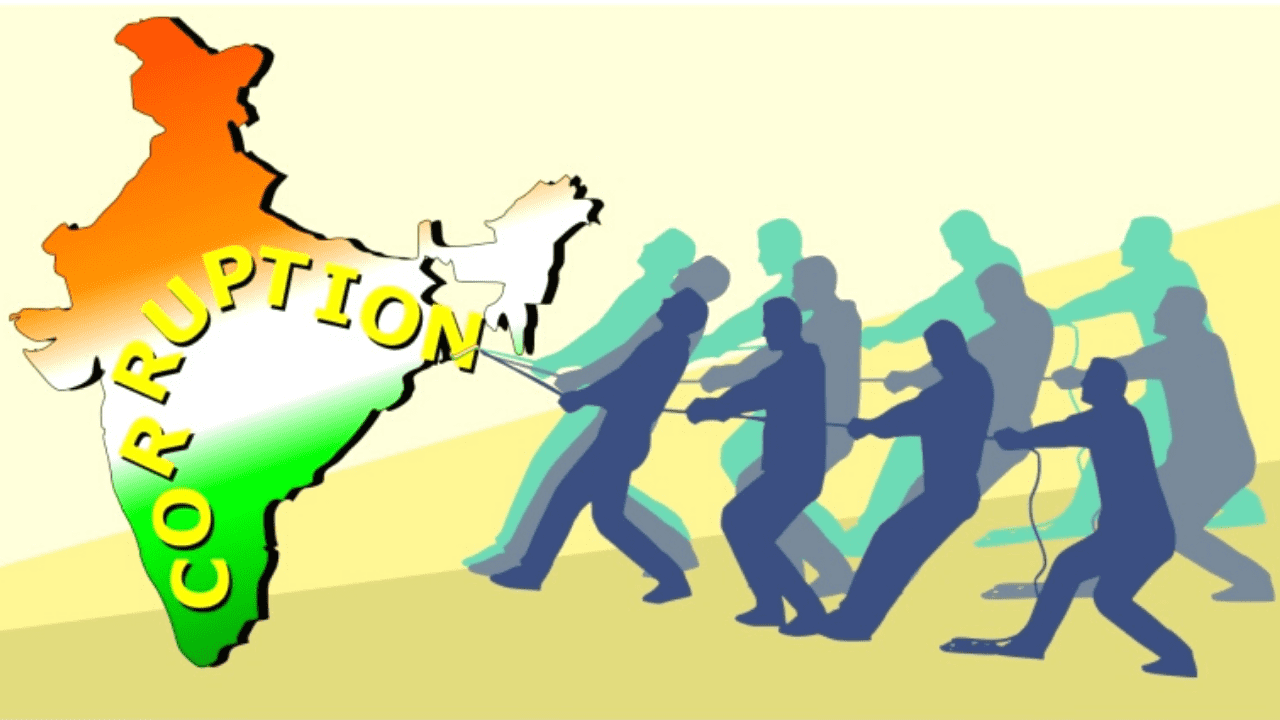 Long Essay on Corruption in India 500 Words in English

Below we have given a long essay on Corruption in India of 500 words is helpful for classes 7, 8, 9 and 10 and Competitive Exam Aspirants. This long essay on the topic is suitable for students of class 7 to class 10, and also for competitive exam aspirants.

The basics of our corruption He with a long chain of slavery first of Mughals, then the Britishers and mainly with our opportunist leaders, who in place of guiding the intellectuals and the illiterate and simple public, thought only of themselves. In place of fighting with the evils of poverty, illiteracy, ignorance, overpopulation, they simply fought to enrich and empower themselves more and more. There was no limit to their greed of money and power.

When the public saw that the rich could get away with such amount of money, why can’t they (the common public) with a little of it and thus the result today is all pervading corruption. Look at any department, private sector or public sector there is corruption everywhere. It is becoming clear that our nation is not ready for democracy. Freedom has been interpreted as the license to be corrupt, license to illegal activities. Every day some new scandal of fraud and looting the public money is in the newspapers. But what happens to the perpetrators, they either leave the country or if by chance in jail, they get the five-star hotel’s facilities in jail. Banks were considered the honest bankers of public money, but they are also indulging in fraudulent activities.

The physicians, surgeons, lawyers, engineers and teachers of the day are totally inhuman and irresponsible citizens. Physicians and surgeons happily trade in human misery. They can let the patient die if he or she has no money. Lawyers deliberately linger on the cases for even decades. Courts have become a den of corruption. Shaw had written correctly, what is law, an excuse for hanging you. Engineers along with their high salaries take bribes and the buildings, bridges no sooner they are built, have been cracking. Railway department for its carelessness and inhuman attitude is responsible for everyday train accidents.

Teachers supposed to be equivalent to god and schools to be the temples of learning have become the machines of collecting money through their coaching centers. In the school, they just pass their time and teach only in their coaching centers. What ideals, what morals can they instill in their students when they are partial to those students who come from affluent and resourceful families and when they don’t know anything abut morality and humanity.

Take religion. So many examples are there of cormpt so-called saints and gurus who in reality are just degrading the name of religion. The recent capture of Baba Gurmeet Ram Rahim, Isa is the burning example of corrupt practices. Unfortunately, our Indian public is always ready to become the victim of such people. It is surprising that even educated and highly placed executives become the devotes of so-called Gurus.

There are exceptions also. In every field, there are dedicated professionals and executives, but their number is lessening day by day.

Therefore, at present when at least 40 percent of our elected representatives in Parliament and Assemblies have had criminal cases registered against them before coming into power, what reformation can be expected. The law and order enforcement’s responsibility lie with our police department. When criminals are respected and treated as gentry in the police stations and the innocent citizen is denied even an F.I.R. What justice can be expected in this one of the most corrupt departments in this land. In its regime, the guilty flourish and the innocent victims are terrorized.

The country needs more politicians like Sardar Patel, Lai, Bahadur Shastri and Narendra Modi, surgeons like Dr. Awadh Dubey, who do a lot of charity work teachers who really guide their students towards the path of progress, truth honesty and discipline, economists like Amartya Sen, Police officials like Dr. Rizwan Ahmad who was very sincere and impartial in his dealings. Only then we can hope to get rid of this deadly sin of corruption otherwise the humanity is destined to be doomed.