Reported Speech: Whenever you are quoting someone else’s words, you use two kinds of speeches – Direct or Indirect speech. In this chapter, we will learn all about Direct and Indirect speech and how to convert one into another.

Reported speech- How does it work? 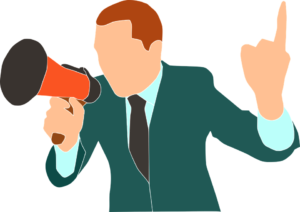 Whenever you report a speech there’s a reporting verb used like “say” or “tell”. For example:

Reported speech: She said that she loves to play football. (Note 1 : Assume a gender if not mentioned already.

Note 2: Using “that” is optional. This sentence could also have been written as “She said she loves to play football.”)

The tense doesn’t have to be changed in this case of reported speech. But of the reporting verb is in the past tense, we do change the tense of the sentence.

Reported speech- Play of the tenses:

Some word transitions from direct to reported speech that will come in handy:

Exception: A present tense in direct speech may not become a past tense in the reported speech if it’s a fact or something generic we are talking about in the sentence. For example-

Direct speech: The sun rises from the East.

Reported speech: She said that the sun rises/rose from the East.

What happens when the sentence we are trying to report was actually a question? That’s something we are going to deal with in this section. Reported questions- It’s quite interesting. let’s get into it:

Well the good news is that the tense change you learnt above stays the same in reported speech for questions. The only difference is that when you report a question, you no more report it in the form of a question but in the form of a statement. For example:

Direct speech: Where do you want to eat?

Reported speech: She asked me where I wanted to eat.

Remember the tense change? Let’s apply that to a few questions now.

Well not all questions require answers. Some questions are polite requests. Remember? Could you please try to remember? And then there are request statements. Let’s see how do we convert these into reported speech.

Reported request = ask me + to + verb or requested me + to +verb

Just add this rule to your reported speech and you have what is called a reported request.

Well, not everyone is going to be polite. Sometimes, we get orders. Now how will you report them? Unlike the request, the reporting verb isn’t ask but told or tell. Also, when in orders, sometimes subjects are omitted but while reporting we have to revive the subjects. Let’s see a few examples: