About the Author Zora Neale Hurston 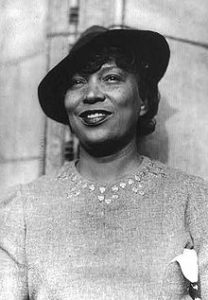 Summary of Their Eyes Were Watching God

Janie saw her life like a giant tree in leaf with the things suffered, things enjoyed,
things done and undone. Dawn and doom was in the branches.

Zora Neale Hurston created this masterpiece in 1937. It is a wonderful lyrical tale of a fair, long-legged, articulate woman’s life and quests for independence. The adore story of Jaine and Tea Cake is one of breathtaking magnificence in the world of literature. The story revolves around a roller coaster journey that has to witness three marriages in the search for an identity.

After a long day, Janie Crawford came back to Eatonville, Florida. She is young, attractive, and more confident than she looks. People of the town start talking about her past despite just let bygones be bygones. They bother about her husband Tea Cake and where was she before she comes here. Other people don’t ask much as she seems shy and reluctant to discuss. However, Pheoby Watson, Jaine’s friend, wants to know about her past. So he visits her place and asks her. And what Jaine describes is like a story for Watson.

Jaine starts when her mother escaped, and her grandmother raised her with love and affection. Though she was living like a slave, she was very much determined towards Jaine’s upbringing and took care of her in every possible way. The old lady knows their standard very well and aware of the difficulties they face. So when Jaine’s wedding thing comes to her mind, she wants a man who can give Jaine security and social status. She is in a hurry. And she finds Logan Killicks for Jaine. He is an older farmer and perhaps much older than Jaine. Granny insists Jaine to marry him.

Jaine is married to Logan as per her grandmother’s wish. But things become miserable after a few days. Logan’s approach is convenient. He is a remarkably unromantic person, and he treats her wife like a pack mule. Jaine is not happy at all. One day a handsome and soft-spoken man named Jody crosses by their farm. The man is ambitious and has a strong background than Logan. They start flirting with each other and meet each other secretly. And the day comes when they run off and get married.

Jaine and Jody all set to move to Eatonville, where Jody sees his future. As per his prediction, he starts to acquire positions and power. He begins as a mayor and gradually becomes a postmaster and storekeeper. And the day comes when he becomes the biggest landlord of the city. But Jaine thinks she deserves more than having a big voice. Jaine is now frustrated and disappointed with this hectic and monotonous life. It seems she doesn’t want to continue her relationship with Jody. Jaine wants to enjoy the social life of the town, meet people across the city. But Jody does not let her do this. Jody wants to show his wealth, wants Jaine to wear costly ornaments, and maintains a high living standard. According to him, her wife should look like a rich man’s wife. Though Jaine obeys all the things that Jody asks her to do, she is not happy internally. She dreams of exploring the world, moving everywhere passionately.

It’s almost twenty years now. Jaine gathers some confidence and rips Jody to shred in front of the people of the town when the later tries to insult her for her look. Moreover, Jaine accuses him as impotent and ugly. Jody is furious, and he beats Jaine. As a result, their marriage breaks down. They get separated. Jody’s health condition starts falling. There is minimal interaction between them. When Jody is in deathbed, Jaine visits him. But she berates him for his past deeds. As she continues scolding him, he passes away.

After Jody’s internment, Jaine feels relaxed, after many years. Now she loves her most-awaited independence and rejects all the suitors who come to court her. But suddenly, Jaine feels differently when a young man half of her age enters into her life. His name is Tea Cake. They start dating despite the tittle-tattle of the town’s people. And all of a sudden, Jaine marries Tea Cake after nine months of Jody’s death. She sells all the properties and moves to Jacksonville with his new husband.

They start facing difficulties in the first week of their marriage itself. One night Jaine is alone as Cake thieves her money and leaves somewhere. Jaine is unhappy, and she thinks Cake is interested only in her wealth. But he explains his problems and promises her not to do the things again. They are determined to share happiness, issues, opinions, and sorrows of each other. Then situations become normal when they move to Everglades. They work together during winter and enjoy the summer season. They are happy with their shack full of crops, excitement, and a well balanced social life.

Time flies, and it’s the completion of their second wedding anniversary. Suddenly a hurricane bursts into Everglades and wreaks havoc on it. The water level starts rising, and they run away from their place. Suddenly a rabid dog bites Cake, and he doesn’t realize the condition of the dog. Weeks after he falls ill and starts behaving like a mental. Tea cake’s mental state is not well. Meanwhile, people convince him to believe that her wife is cheating on him. He puts a gun on Jaine’s head and is about to shoot. Janie has no other options than to kill her man to save her own life. She has to go to court for a trial in charge of murdering her spouse. But the judge declares the results in favor of her, and she is not guilty anymore. Then Jaine comes back to Eatonville – Jody’s place. And the neighbors start talking rubbish about Tea Cake. They think Cake has gone away from her and stolen all the properties.

Here comes the time to finish. Jaine wraps up her tale, which is melancholic contentment. Pheoby, who has been listening to her for a while, impressed by the character of Jaine.