About the Poet W.W.E. Ross
William Wrightson Eustace Ross (1894-1966) was a Canadian geophysicist and poet. He was the first published poet in Canada to write Imagist poetry, and later the first to write surrealist verse, both of which have led some to call him “the first modern Canadian poet.”  During his lifetime, he published privately two small books, Laconics, and Sonnets. 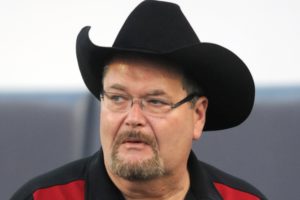 In this poem, the poet is trying to convince the reader that all snakes are not poisonous. Some of them are quite harmless and therefore it is foolish to attack and then kill a snake as soon as we see it. Even if a snake is poisonous, it will do us no harm unless it sees danger from us. Here, the snake itself becomes a victim of human unkind attitude towards it.

The Snake Trying Summary of the Poem

This is a beautiful poem about a snake. One day, while lying on the bank of a river or a pond, the snake is seen by someone and is run after by him with a stick. Seeing its life in danger, the snake tries to escape from the approaching stick.

It runs with sudden curves in its thin, long body. The poet gets fascinated with its graceful movements. The snake glides through the water to save itself from the stroke.

The poet is filled with sympathy for the creature and makes a request to the pursuer not to disturb it. He asks him to let the snake go without hurting it. He says that it is a small, green snake and is harmless even to children.

But the pursuer does not listen to the poet’s request. He keeps on chasing the snake who ultimately disappears in the ripples among the green slim reeds. Rhyme scheme used in the poem: There is no rhyme scheme in the poem. It is written in free verse.