The Road Not Taken Poem Summary Analysis and Explanation 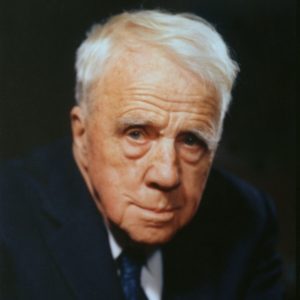 The Road Not Taken Introduction

The Road Not Taken, a poem by Robert Frost is about making choices, and choices that shape our life. “The road’ is the symbol of the choice made by us. Many times, we regret the choice made by us but once the choice has been made, it cannot be altered. Only the future will make it clear whether the decision or choice was right or wrong. What we need is to make a right choice.

The Road Not Taken Summary of the Poem

The poet, while travelling on foot in the woods, comes across a junction where his path diverges into two roads, and he has to choose one of them. Now the poet is in dilemma which road he should take to continue his journey. He stands there for a long time looking at one of the roads. He finds this road as a beaten track. Many people had travelled on it. It was carved into the undergrowth and nothing was visible beyond it.

The poet then looks at the other road which was grassy and seemed less travelled. Being adventurous by nature, he chooses the other road and leaves the first one for some other day, knowing fully well that he will not get a chance to go back to it. The poet feels that this choice will make all the difference to his future life. Later the poet wishes that he had taken the road he left. This is the irony of life. We cannot go through all the roads available to us, no matter whosoever we may wish to.

The poet now feels that after ages from now he would be looking back at this decision with a ‘sigh’. He would be telling that since he had taken the less travelled road, it made all the difference in his life.

Thus, the poet talks about one of the basic problems of human life the problem of making the right choice out of many. We come across many alternatives or choices in life. But we cannot take up all the choices at a time. Neither can we alter the decision once made by us. Therefore, it is important to make a right choice because our future is heavily dependent on it. If we fail to make a right decision, our life would be full of miseries. But if we are fortunate enough to make a right choice, we would be successful.

FAQs on The Road Not Taken Summary

Q1. What is the summary of the road not taken?

Ans: In the poem – ‘The Road Not Taken’, the road symbolizes our life. The poet says that the path that we don’t choose in our life is ‘the road not taken’. He describes his feelings about that choice that he had left in the past. The path which we have chosen, decides our future, our destination.

Q2. What is the meaning of road not taken?

Ans: In “The Road Not Taken,” the meaning of the poem is about a person having to choose between two roads. “Two roads diverged in a yellow wood” and the speaker is torn between which road is the best choice. It is in the autumn of the speaker’s life. He has to choose which road to travel.

Q3. What is the main idea of the road not taken?

Ans: Robert Frost’s central idea is his poem “Road Not Taken” is that by choosing a path that most people don’t, a man can make a big difference in his life. In this poem, a man came to a place where he had to make a choice between two roads.

Q4. What is the form of the road not taken?

Ans: Form. “The Road Not Taken” consists of four stanzas of five lines. The rhyme scheme is ABAAB; the rhymes are strict and masculine, with the notable exception of the last line (we do not usually stress the -ence of difference). There are four stressed syllables per line, varying on an iambic tetrameter base.