The Lost Child Summary Line By Line Explanation in English

About the Poet Mulk Raj Anand
Mulk Raj Anand (1905-2004) was an Indian writer in English, notable for his depiction of the lives of the poorer castes in traditional Indian society. He is a Prominent Indian author of novels, short stories, and critical essays in English, who is known for his realistic and sympathetic portrayal of the poor in India. 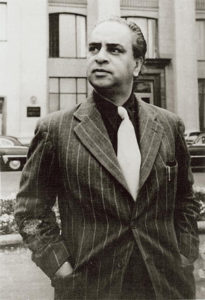 This is the story of a child who goes to a fair with his parents. The child is very happy and excited and wants everything from the fair. He wants sweets and toys displayed in the shops. But his parents don’t buy them for him. Soon the child gets lost and separated from his parents while engrossed in enjoying the colorful fair. This causes panic in his mind. Then he refuses when someone else who finds him offers all those things to him. He wants nothing but only his parents.

The Lost Child Summary of the Lesson

It was the time of spring festival. There was great excitement in the atmosphere. The people could be seen busy going to the fair, all in a happy mood. Some walked, some rode on horses, others sat, being carried in bamboo and bullock carts. A child was also heading towards the fair along with his parents. He was very happy and excited. While his parents were going ahead with all their attention on reaching the fair, the child enjoyed the beauty of the nature with utmost curiosity.

The child’s joy reached its climax once he set his foot in the fair. His eyes got attracted to everything. The stalls of toys and sweets fascinated him too much. He wanted them but was well aware of his father’s harsh attitude.

His mother, however, tried to pacify him and divert his attention towards other things. The child was so busy in observing different things in the fair that he used to lag behind his parents every now and then. Every time he wanted something but was discouraged by his parents. As they moved forward, the child got demurred by the decorative items on the stalls. His mouth watered seeing sweets decorated with gold and silver leaves.

“I want burfi”, he slowly murmured. But he half knew as he begged that his plea would not be heeded. So without waiting for an answer, he moved on. Then he got attracted to a garland of Gulmohar but did not ask for it. Then he saw colorful balloons and was filled with an overwhelming desire to get them all. But he knew that his parents would say he was too old to play with balloons.

So he walked away. The child then saw a snake- charmer. He liked the music played by the charmer and wanted to stay for a while to listen to it but again he was discouraged by his parents. Then he saw a roundabout swing and wanted to get a ride on it. This time he could not resist himself and called for his parents. On getting no reply, he turned to look at his parents. But they were not there.

The panic-stricken child made frantic searches for his parents here and there but found them nowhere. Then he realised that he was lost and separated from his parents. He began to weep bitterly and tried to console him by offering many different things sold in the fair. He offered him sweets, balloons and garlands but the child refused them all.

He kept sobbing, “I want my mother, I want my father.” Nothing could make him happy except his parents.