The Fun They Had Summary Analysis & Explanation By Isaac Asimov

About the Author Isaac Asimov
Isaac Asimov (1920- 1992) was an American writer and professor of biochemistry at Boston University. He was known for his works of science fiction and popular science. Asimov was a prolific writer who wrote or edited more than 500 books and an estimated 90,000 letters and postcards. Isaac Asimov was the Grand Master of the Science Fiction Writers of America, the founder of robot ethics, and one of the world’s most prolific authors of fiction 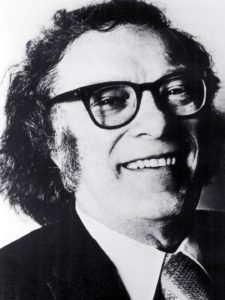 Very Short Summary of The Chapter The Fun They Had

“The Fun They Had’ by Isaac Asimov is science fiction. It tells the story of two young children named Tommy and Margie who live in the year 2157, where children get an education through computers at their home. One day they come through a printed book and learn something about the school that existed hundreds and hundreds of years ago. It is a matter of great surprise for them because they are living in the age of moving e-texts.

The Fun They Had Summary of the Lesson

It is the year 2157. Margie makes a diary entry which reveals that Tommy has come across a book printed on paper. The pages of the book have turned yellow and wrinkled which proves that it existed centuries ago. The book is peculiar in the sense that it had the same words on it that it had when they read it the first time. They were not moving like that on a computer/television screen.

Tommy calls it waste because once the book is read it is of no use. Their television screen has had a million books on it and one cannot throw it away. Margie is of the same opinion but she is curious to know what the book is about. Tommy tells her that it is about school. She hated school, but now she hated it more than ever because her mechanical teacher had been giving her test after test in geography and she had been doing worse and worse. Her mother sends for the County Inspector who is a round little man.

He takes the television teacher apart and sets it right within an hour which only increases Margie’s disappointment. He tells her mother that it was not Margie’s fault but the geography sector of the mechanical teacher was geared a little too quick and he has slowed that to an average ten-year level. He assures Margie and her mother that there will be no problem henceforth.

Margie is curious to know about the school that existed in the past. Tommy tells her that it is not their kind of school. That is the old kind of school that they had centuries ago. The students had a human teacher who taught them and gave them homework and also asked them questions. Margie argues that a man cannot be smart enough.

Tommy further tells her that the teachers didn’t live in the house. They had a special building and all the kids went there. The kids of the same age learned the same thing. Now it is Margie’s school time. She goes into the schoolroom which is right next to her bedroom and the mechanical teacher is on and waiting for her. She puts her homework in the slot with a sigh.

She is still thinking about the old schools they had when her grandfather’s grandfather was a little boy. All the kids from the whole neighborhood came, laughing and shouting in the schoolyard, sitting together in the schoolroom, going home together at the end of the day. Those schools were far better than the schools of today because they offered great fun to the students.

1 thought on “The Fun They Had Summary Analysis and Explanation”