On Killing a Tree Summary Stanza Wise Analysis and Explanation

About the Poet Gieve Patel
In the poem, “On Killing a Tree” by Gieve Patel, the poet wants to say something about the cutting of trees. According to him, it will take too much time to kill a tree. His poems speak of deep concerns for nature and expose man’s cruelty to it. 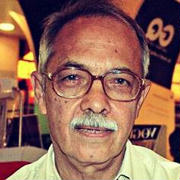 Short Summary of The Poem on Killing A Tree in English

Introduction of The Poem on Killing A Tree
The poem talks about the act of cutting down a tree. The poet says that it is not an easy task. A simple jab of the knife cannot wipe out the existence of a tree. To actually kill a tree, we need to make much more effort. Similarly, it is not easy to kill the human soul.

It is not easy to kill a deep-rooted tree. It takes much time to kill it. A simple jab of knife cannot kill a tree. It is firmly held by the earth and its roots are safe under the ground. It is too strong to be killed by a simple attack of a knife. The tree has grown to its full size by consuming the earth, feeding upon its crust absorbing years of sunlight, air and water.

And even though the bark looks irregular and scaly, leaves and branches sprout of it. When a tree is chopped, the barks bleed. But they heal with time. New twigs grow again; boughs which are chopped off are replaced by new boughs which grow into their former size once again. If one wants to kill a tree, its roots have to be pulled out. The roots are the most sensitive parts of the tree.

They are the source of a tree’s life. They must be pulled out of its cave, in order to kill the tree. Once the roots are pulled out and exposed to the sun and the air, they wither and the tree is finally killed. Poetic Devices used in the poem: In this poem the poetic device used is Personification.

The poet speaks of trees as human beings, when he says that one cannot kill a tree with a jab of a knife or by hacking it, like they would kill any human being. Rhyme scheme: There is no particular rhyme scheme followed in this poem. The poem is divided into four stanzas. Each stanza comprises varying lines. So, the poem is written in free verse.