About the Author of the Charles Dickens 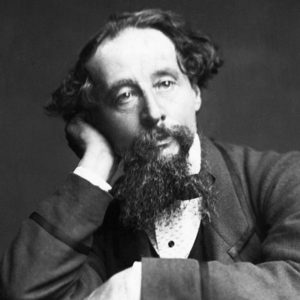 Great Expectations by Charles Dickenson is reminiscent of the classic novels that never lose their vigilance. For a beginner, the plot narrates the entire book leaving the reader with an easy guess. However, Dickinson’s characters remain firm retaining their originality. Yet, the plot tends to drives itself forward, one such wonder of all Dickenson’s novels. Dickinson’s Great Expectations grasps it’s readers attention through it’s a deeply absorbing, powerful yet subtle plot that reflects the pitiful plight of the Plebeian class of English society. It establishes a sense of social injustices and a sense of experience in the class system.

Through the story, the author ushers the readers about the social injustice caused by the Victorian aristocrats through the protagonist Pip. Pip, a young orphan, desires to become a wealthy gentleman. Still, fate rests him as a common laborer, who, from the very beginning of Dickenson’s novel, is not an ideal protagonist as lacks heroism, or he is portrayed as an emotionally and physically weak character. As the name suggests, the entire story revolves around Pips conflict and the talk of his “great expectations” in the aristocratic world.

Great Expectations is about a young orphan boy Pip, who lives with his sister and brother-in-law. The strange, kind soul, of his brother-in-law, makes his childhood a memorable one. However, the presence of an unknown woman Miss Havisham and her beautiful yet cold-hearted niece Estelle is the struggle behind the great Pip’s “Great Expectations.” The strange happenings occur after Pip desires to lead an elite life. A peculiar London man bequeaths Pip a vast fortune. However, Pip’s expectation about his secret benefactor puts and his lavish inheritance changes the humble man within him. Despite inheriting a considerable sum of money, Pip still faces discomfort due to his so-called low-birth.

During his stay in London, Pip develops disdain towards the lifestyle and people he once loved, expect Estelle. His undying love for Estelle changes him in many ways. The inheritance and luxury life of London drives Pip to lead an undisciplined life. He befriends Herbert and Wemmick, with whom he squanders and ends up with debts. However, his slow greed for money and undying love for Estelle leaves Mr, and Mrs. Joe neglected. However, the death of Pip’s sister, leave him in great remorse and grief for his monstrous behavior. Through Pip’s behavior, Dickenson tells the reader about England’s wealthy world power on one side and the awful sufferings of the disdainful on the other.

The major conflict revolves around Pip’s desire to live an elite life. “She’s more beautiful than anybody ever was, and I admire her dreadfully, and I want to be a gentleman on her account.” This desire stems from his undying love to be worthy of Estelle’s love. However, Pip”s visit the Satis house and his encounter with a stranger ties the loose knots in the story. However, the reads left with suspense with each strange encounter Pip meets. However, Pip loathes his simple, low-class life and wishes to lead a different sort of life. While leading a self-absorbed and refined life, Pip discovers that his bequeather Magwitch is a criminal convict, and the reader is walked through all the surprises that follow.

The discovery of Magwitch intensifies the conflict between Pip’s longing desire and his actions. With Pip’s obsession of wanting to be perceived as a gentleman and be accepted by Estelle clashes with his association with a criminal convict, his life as a whole gets tainted by contrast. The rising intense conflict forces him to declare his undying love for Estelle before his departure to cover up his acquaintance with Magwitch. Pip confesses to Estelle, saying, “you are part of my existence, part of myself,” however her response and her desire to get betrothed to another man proves a point that Pip is incapable of her love. However, the rising conflicts and Estelle’s reflection shames Pip of background and grows his obsessive desire to become a gentleman and have Magwitch of his fate. Through Pip’s desire for something unattainable in society, Dickinson explores the class system during the Victorian era. With social class as the crux of the story, Dickinson, through Pip, tells the readers that loyalty, affection, kindness, and simmer worth will eventually overpower class and wealth.

The discovery of Estelle being Magwitch’s daughter transforms Pip to understands the link between social construction, position, and criminality. The hidden secret that Estelle is Magwitch’s daughter, helps Pip interconnect the pieces through his struggle. However, after a lost battle on saving Magwitch, Pip confides to the him, stating that his lost child Estelle is “still living. She is a lady and very beautiful. And I love her.” Through this sentence, the author craftily resolves the plot conflict through the fall of Pip’s desire. Pip’s relinquish to his social aspirations and the reconciling with his friends and family, helps him pay off his debts, and live an honest life.

Through Great Expectations, Dickinson impressively portrays the life of ordinary people of the old Victorian era. Dickinson draws a contrast between the elite and the ordinary through Estelle’s cruelty and Pip’s undying love. Throughout the novel, the reader travels through the tangled human relationships, dramatic developments, and complicated coincidences. Through Pip’s journey, Dickinson connects the ideas in social, education advancement, and moral issues intertwined with the dependency of the other characters.

Dickinson places an eerie atmosphere that builds up as the reader travels through the novel. The novel Great Expectations holds a great deal of symbolism’s throughout. The brewery located next to Havisham’s house symbolizes the social connection between wealth and commerce, stating that Mrs. Havisham’s wealth is not an inheritance of aristocratic birth, but her success in industrial capitalism. In contrast to her wealth, the ending stage of the crumbling, old stones of Havisham’s house, and the permeating dust and darkness, symbolizes the general decadence of the upper class and the lavish lives of its inhabitants. However, Dickinson leaves his readers with an open-end question, guessing whether Estelle and Pip finally live together? Great Expectations by Charles Dickinson is indeed a masterpiece of it’s time and of the Victorian era.