A Slumber Did My Spirit Seal Summary, Explanation

About the Poet William Wordsworth
William Wordsworth (1770-1850) English poet whose Lyrical Ballads (1798), written with Samuel Taylor Coleridge, helped launch the English Romantic movement. He was one of the founders of English Romanticism and one of its most central figures and important intellects. Wordsworth’s poetry is synonymous with the unique landscape of the English Lake District. 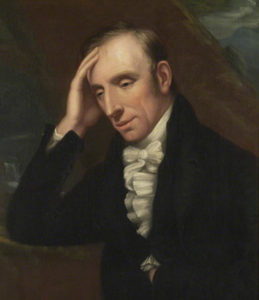 A Slumber Did My Spirit Seal Introduction

A Slumber Did My Spirit Seal is the greatest of the Lucy poems composed by William Wordsworth and probably one of the greatest in the English language. The keynote of this poem is immortality.

A Slumber Did My Spirit Seal Summary of the Poem

In the first line of the two stanzas, he declares that a ‘slumber’ has kept him from realising reality. In essence, he has been in a dream-like state. He cannot realise human fears. The poet seems to be immortalizing her death.

Now earthly years are no longer a matter of concern for her because they cannot make her older now. In the second stanza, Wordsworth offers an eerie description of her beloved’s current situation.

She exhibits no emotion and no force at all. She is blind and deaf-totally incapable of taking in the world around her. She becomes a part of the earth from which she had come and is carried around with its daily rotation.