A Raisin In The Sun Summary Analysis and Explanation in English

About the Author Lorraine Hansberry 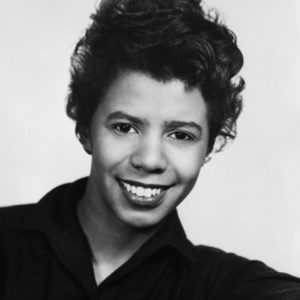 Lorraine Hansberry A Raisin In The Sun Summary Introduction

Lorraine Hansberry’s A Rasin in the Sun is an immortal work of art. The author has creatively crafted through the portrayal of the struggles experienced by the Black. It’s a must-read book, which glorifies the importance of following your dreams and that during hard times perseverance is what you need. A Raisin in the Sun unveils the struggles of the black families in the pre-civil-rights era through the roots of racial pride and feminism. It emphasizes the parallels between the celebration of the ethical differences and the attempts of assimilation.

A Raisin in the Sun addresses the racial issues prevailing in the mid-nineties through the life of Youngers- an African-American family dwelling in Chicago. After the death of Mr. Younger, his family inherits a sum of $10,000 check from the deceased’s life insurance policy. The story further proceeds with each of the household member’s different wants with the quantity inherited. With the matriarch of the family, Mama wishes to fulfill her deceased husband’s dream of wanting a house while her son, Walter Lee, struggles to get a hold on the money to invest in a liquor business with friends. However, through Walter, the author establishes the middle family crisis as Walter’s investment goal was to free his family from the financial crunch. With her husband wanting a business, Walter’s wife, Ruth, agrees with Mama, again caught in the cycle struggle, wishes to provide her son Travis with many benefits of ample space.

However, Beneatha, Mama’s fine daughter, wants to pay her deceased dad’s insurance for her medical tuition. Through Beneatha, the author portrays the low transition of most African-American families into the adaptation of white life, as Beneatha wishes that her family remains the least interest in transforming their life as the white people. Beneatha’s struggle to find her identity in the new world portrays the transition struggles of the nineteenth-century African-American families. Unlike the rest of her family, Beneatha finds her identity in her last connected to her origin-Africa.

Through Asagai, the author draws a parallel between Walter’s battle for independence and Africa’s constrained struggle for independence. However, through this scene, Hansberry expresses her fears of the black uprising leadership might lead to corrupt oppressions of the previous colonizers of the African nations. As the reader travels through the story, they discover that Ruth finds herself pregnant, over the Younger family member’s competing dreams. Because of the competing chaos around, Ruth fears of an additional financial struggle through her unborn child and decides against keeping the child. With Walter’s neutral response to Ruth’s admission, Mama puts the security deposit on her house at the Clybourne Park, for her family and believes that her decision will help the forming of a brighter and happier family. However, her future neighbors’ tip of the Clybourne Park Improvement Association officer, Mr.Linden to keep the Youngers away from the neighborhood, depicting the line of the nineteenth-century scenario of the White against the black. The Youngers refuse a deal despite Walter losing $6,500 on getting cheated by a friend. Ironically, the achievement of Walter’s freedom contrasts with his manhood.

According to Walter, self-worth lines proportional to the amount of money generated, however, Walter achieves his independence from the struggles without the money he is seen obsessing through the story. Even though broke and taunted by the feeling of stupidity over his egregious error, Walter’s Independence of his manhood makes him mature and realistic enough to understand individual demands and distinguish independence with obsession.
Parallel to Walter’s struggle, the author shows the reader Beneatha struggle. Beneath a rejects George Murchison, her suitor for his shallow and inability to confide against racial slurs. Subsequently, Beneatha receives a letter from her Nigerian boyfriend, Joseph Asagai.

His request towards marriage and move to Africa once Beneatha finishes a medical ddegree is a decision that leave Beneatha in a dilemma. Through Asagai, the reader is made aware of the existing Western definition for success. Asagai questions the happiness obtained through money because of someone’s death. However, Beneatha doesn’t make any sudden choices. Eventually, the Youngers move out of their apartment to fulfill their long-held dream of living in a large house of their own. Despite the uncertain future, the Yonger family remains determined to live a better life through optimism.The Youngers believe that their strength is unity and that they can achieve success if they stick together as one family and resolve the deference against their dreams.

Throughout the story, the readers encounter vivid symbolism with defined meanings. The most overt symbol is Mam’s plants that represent her dreams and her care for the family. Even though she complains that they get subjected to minimal lighting, and Mama still takes pride. Mama’s plants symbolize her unconditional and everlasting care for her children. Despite the imperfect environment they are subjected to grow, Mama futures them with enough love and care. The plants again symbolize Mama’s dreams of owning a house, more specifically, the one with a yard, and a garden. Mama enhances her gardening skills and believes that her success would help her attain the role of a gardener. Her dedication and persistence to her plants give her the hope that her dreams would indeed succeed.

While Mama’s plant symbolizes her dream to live successful, adapting to the white culture, Beneatha’s hair parallels with African roots. Beneatha’s hair at the beginning of the story is straight and is more of a Caucasian-seeming hairstyle; however, upon Asagai’s visit, she cuts her hair. Her new radical afro hair represents her marriage and culture. Beneatha’s cutting if hair segment tells the reader that Hansberry makes a compelling social statement that natural is beautiful, presenting the mid-nineties Black cultural credo. Given choosing between her dictating society’s style or her originality, Beneatha opts for the style that helps her reconcile with her identity and culture. Beneatha’s new hair is a symbolism of her anti-assimilationist beliefs and desire. She wishes to mold her character to her roots as an African. Through the book, A Rasin in the Sun, the author surfaces the civil right movements in the United States during the mid-nineties and its impact of the African-American families.